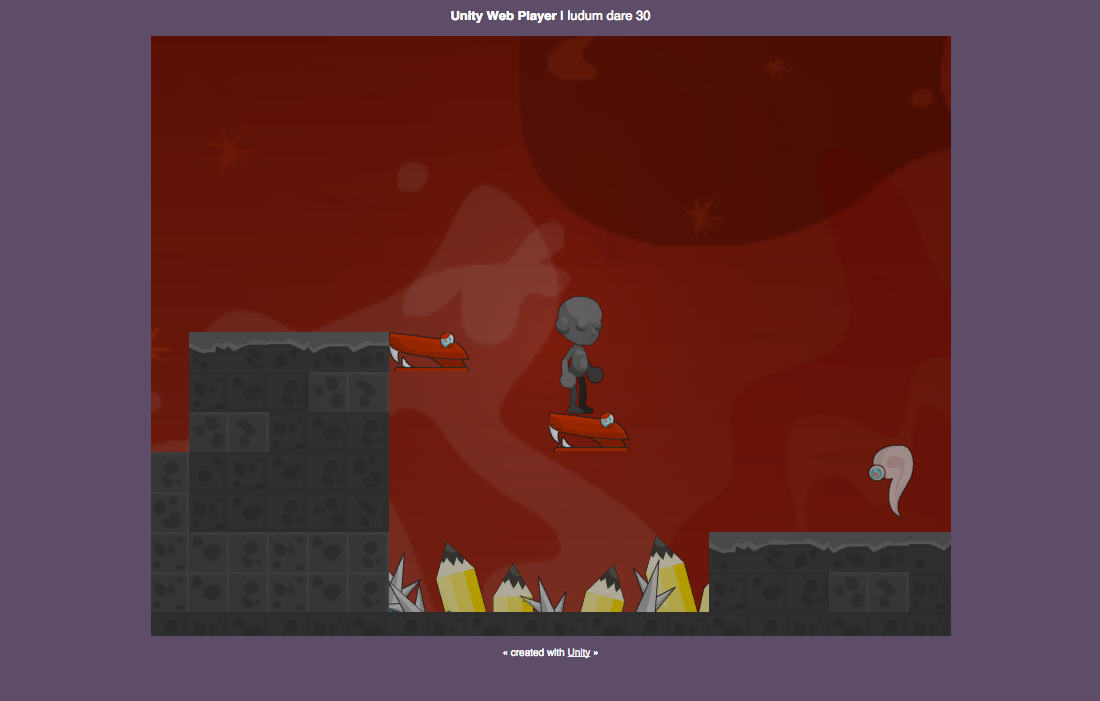 Ludum Dare #30 happened during the weekend of August 22nd and I’m finally able to just sit down and write out my thoughts. For those who aren’t familiar, Ludum Dare is an event that takes place during a weekend where participants create a game from scratch based on a theme that the community has voted for. You can participate in the competition which allows only 48hrs to complete a game and you work as an individual or you can participate in the jam which allows 72hrs and you can work as a team.

Zach and I joined forces to create Robotick during the last LD and decided to participate again. Last time, we were the only two dedicating the time and effort with another two helping out when they could. This time around we wanted to bring some more people on to see if we could accomplish something bigger with more depth.

We ended up with eight people. That’s like a whole team! We had three artists, four developers, and one game designer.  The theme this time around was “Connected Worlds” and after some brainstorming we decided on the idea of dealing with your emotions by re-playing past events of your life in your head.

Our take on the theme was a bit more depressing though. You, the player, are on the verge of jumping off a cliff and you’re trying to talk yourself out of it. To do so you’ve got to overcome the emotions and events that led you to this which is where the game begins. The game was called, “If.”

On paper, the mechanics of being able to call out different emotions that possessed unique abilities sounded awesome. When you actually get to it with so many people involved it gets a bit harder. Personally, I didn’t have a great experience this time around because I was too busy managing the artists then creating something. They weren’t reliable at all and would disappear for hours through the entire weekend. It led to a lot of anxiety on my part as I had clearly defined some goals that we absolutely needed to hit in order not to hold up the development side.

Art was behind, the entire time.

The style also wasn’t something I was happy with but trying to get three people on the same page when everyone keeps disappearing is really hard. Half-way through the jam I kind of checked out and just felt like all of my preparation and documentation was for nothing. I only stuck with it because I knew Zach needed my help and I didn’t want to let him down.

Another thing that really held us back was the game designer was available during certain times throughout the day. Right after the theme was decided and after our brainstorm session he left. That left us with no direction, no mechanics, no story to work with. Instead, one of the devs and I hacked together some quick mechanic as a baseline.

It was a mess. Initial levels we had decided on were thrown out among other things because we weren’t progressing quick enough. We did end up with something playable and so far we’ve got a good response.

It’s decided that next time we’re going to go with a smaller team. We’ll each have a bit more control and there will be a bit more organization. Zach and I work really well together and I do enjoy working with him … so much that we’ve started our own little studio together. Even if we end up being just a jam studio, I’m alright with that. It fuels my passions!